Once again, the Financial Conduct Authority has reached out to the United Kingdom’s investor community with a stark warning regarding fraudulent activity and scammers. In this instance, it is older investors in particular who are being targeted by illegal scam artists – criminals pushing supposed ‘high returns’ deals for those willing to invest in unregulated products, including land, diamonds and wine.

According to the FCA, this particular kind of activity has seen a dramatic rise over recent months and poses a direct threat to the over 55s investor community. More worryingly, research suggests that investors over the age of 65 with an available pot of at least £10,000 are approximately 350% more likely to fall foul of investment scam than the average UK adult.

In order to gauge the severity of the problem, the FCA spoke to around 2,300 older investors during February and March this year. They found that a growing number of such individuals had received unsolicited investment calls, which regulators warn are becoming the go-to scam tactic for fraudsters.

The FCA expressed concern over the fact that older investors in particular are expressing growing interest in unfamiliar investment products due to the on- going low interest rate environment. As their own savings and investments are earning comparatively little interest, they are considering all options – including those that may be entirely fraudulent. Research carried out by the FCA found that more than 40% of those within the 55+ age bracket had within the last year taken at least some of their savings and placed them in investments, in order to chase potentially higher returns.

This has authorities concerned due to the fact that a study carried out last month found that more than 10% of pension transfer cases could be fraudulent. More savers than ever before are being called by unregulated sales people with the offer of free pensions and savings advice, which in many instances is proving to be entirely deceptive. The FCA reported that almost one in every four older savers had already invested in unregulated products while a further one in four of those that have not already followed suit were actively considering doing so.

Unfortunately, research suggests that approximately 27% of savers who have found themselves falling foul of investment scams ended up in trouble having trusted unauthorised advice and invested in unregulated products. In addition, close to 50% of older savers buying unregulated products did not first speak to a professional financial adviser or bring the matter to the attention of the relevant watchdogs before going ahead.

“If you are contacted out of the blue about an investment opportunity that sounds too good to be true, then it probably is. We would urge you to be sceptical,” said FCA Director of enforcement, Mark Steward.

“Be suspicious. Ask questions. Do your own checks before investing; check the FCA ScamSmart website, the FCA warning list and the FCA register to see if those who are asking for your money are the real deal,”

“If you do experience investment fraud or suspect it, report it – our research found that 60% of those that have experienced investment fraud have not reported it, so the problem could be greater than we know and by reporting it you are helping us to protect others.”

According to the ABI, pension savers who are reluctant to inform their providers of their…

Tidying up your finances

While we continue to spend our days at home, tidying up your finances may be… 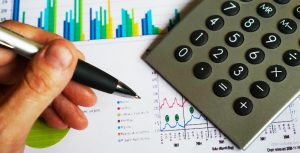 According to a recent survey by the Financial Times, 10 percent of employers with defined…

Please note that the team at Haven IFA are working remotely and shall continue to provide our current and future clients with our services. If you have any enquiries feel free to get in touch!